join me in a free online workshop

A vivid landscape in watercolor

Recently I received an email from a potential customer who turned out to be an art scammer. I want to share with you this story to warn you and maybe prevent fellow artists to fall into his trap (or any other scammer for that matter).
A little preface before the story begins: I decided to hide some of the “personal” informations from our conversation but the core of the experience is still preserved.

A few days ago i found a mail in my inbox coming from mr. Edward Koch (edwardkoch200200@gmail.com), or at least that’s how he/she wants to be called. This information is trivial but turned out to be pretty important in the end, you’ll see why soon enough.
He is looking to buy my art for his wife, he basically wants to gift her a painting of mines.
Exciting, isn’t it?
Our conversation begins:

Sounds cool! My bad but i wasn’t smelling anything at this point yet, he looked a nice guy and genuinely interested in what I do.
So I went ahead and replied linking all places he can find more informations about me (social media, this website, my newsletter …), but sadly i had nothing ready for immediate sale since lately I’m working on sketchbooks. So I asked which kind of painting he was looking for, if there was one in particular he would’ve liked to have. I was thinking about doing a commission.

Woow! That’s an interesting budget i thought! The bad news is that he didn’t care at all about what I said and he asked once again for an immediate purchase. I mean it’s possible he’s just on a hurry and wants something quickly.
Looking at it now i see why he was doing that, the less time they give you to actually think about what’s happening and the greater are the chances you “miss” a clue to unmask their fraud.

My answer went something like this: “I only have some old pieces ready to ship, and if you’re in a hurry the very unfortunate situation of the coronavirus spreading in my country will probably delay the shipment”.

I went ahead and sent him some pictures with prices (this was the first of the mistakes i made, i should’ve acted more rationally, remember this point because we’ll talk about it in a few lines).

He’s giving me a lot of informations about himself but only seems to care about “the first item in the list”. So he probably doesn’t really care what he’s buying and he just needs a present for the wife. Why share all of that with me if he’s so pressed for an immediate sale and most likely didn’t even watch the artworks?
In the end he also asks for A LOT of things. Way more than he would need to pay me. He clearly tried to create a connection with me and earn my trust faking a human-like situation and asking me to share some of my informations with him. The trick is that he just made up that backstory and he wants valuable data in exchange.

I obviously didn’t send him all of those infos and i just gave him my bank coordinates to send the payment.

Sure. I ship a package “right ahead” BEFORE his payment, that by the way he already “did” but apparently has to be approved by his bank that also needs to see my shipment receipt? Like if any bank in the world could have the time to manually verify every shipment for their customers…
No way.

So let’s recap how it all unfolded and what I could have done to handle it better:

Looking at the whole picture now it’s clear to me there were some signs i should’ve picked up way earlier than i did.

What did i do wrong? And what should I have done instead?

I regret doing two things:
First I didn’t watermark all the images i sent him, so he could potentially be using some of those without my permission now.
Second I gave him some of my personal informations, granted those are somewhat publicly available I still don’t like the idea of having sent those to a scammer willingly.

To avoid this the next time I should’ve searched for him and about this topic before keeping up the conversation: Google would’ve found some interesting results in the blink of an eye!

So I suggest you to be very careful if someone approaches you with pressing questions, you should never give out your informations before checking who you are dealing with and you should definitely never send some artwork over before getting paid (more on this topic below, be careful because sometimes the payment looks good but it’s fake and you end up with nothing).

Have you ever been in a similar situation? Would you like to tell me about it? Write me in the comments. I think it’s good to share our experiences to help each other out even if it means admitting some of our mistakes.

What do you think about this whole situation? Even if you never found yourself in my seat, now that you’ve read the scammer’s emails do you think you would’ve stopped earlier? At what point did the conversation get too suspicious?

How am I so sure he’s a scammer?

I simply searched on Google for his name! (and why did I not think about doing it earlier? self note: always check on Google first)
Here are some of the top results i found that left me with no doubt:

I leave you two more links from www.artworkarchive.com if you feel like delving into this topic:

Photo by Andras Vas on Unsplash

A vivid landscape in watercolor 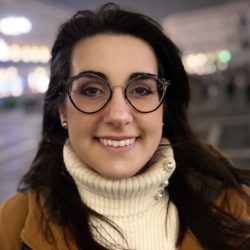